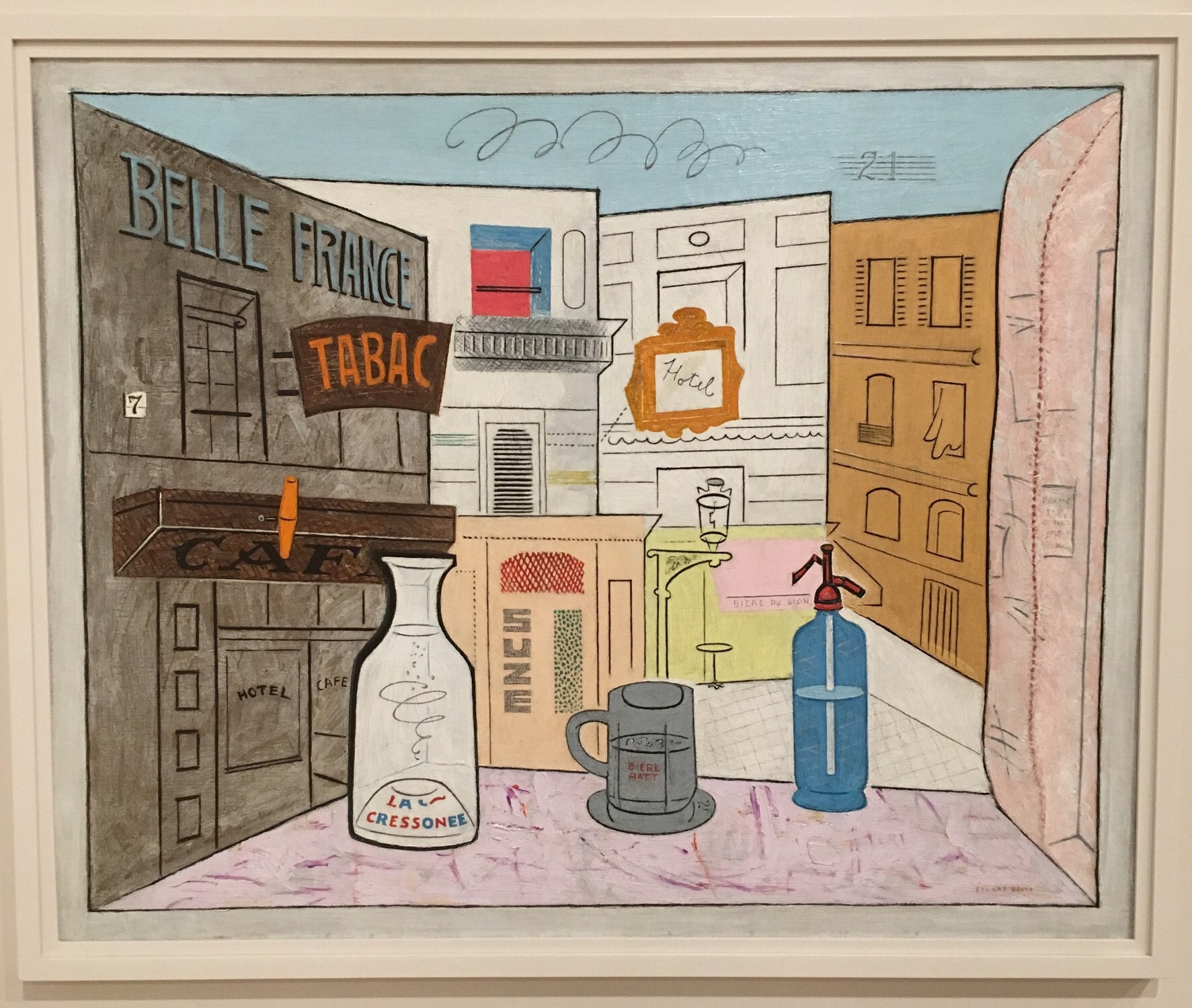 American modernist painter, Stuart Davis (b. 1982), believed that art should offer insight into everyday experiences. Throughout his career, he experimented with ordinary objects, an internal conflict of abstraction vs representation evident in his oeuvre. Inspired by Fauvism and Cubism, Davis’ aesthetic developed as a response to the realism that was prevalent early in his time. Worried that abstract art avoided social responsibility, he developed a language that tied commonplace matters to a new, artistic integrity.

In Full Swing is not a retrospective but a concentrated showing of the high point in Davis’ career, from his sojourn in Paris at the end of the 20’s (then culture-capitol of the world), the political and social pictures of the 30’s, to his condensed, tightly-painted mazes of the 40’s (produced in the grip of alcoholism), to the clear-branded and celebrated works of the 40’s and 50’s, for which he is well known.

Highlights include Super Table (1925), a warped play on tabletop still-life, the image was considered radical for an American artist; Egg Beater No. 4 (1928), a painting of a mass-produced eggbeater so abstracted that it challenges the viewer’s vantage and understanding of perspective, rather than identifying a commonplace object in modern time; Little Giant Still Life (1950), the high-key colored play on the word “Champion,” which Davis had noticed on a matchbook advertisement and painted—of primary focus is his use of syntax, or the arrangement of colors and shapes into a cohesive order. Finally, there is Fin (1962-64), left unfinished on his easel at the time of his death. The French word for “end,” he’d noticed it at the conclusion of a film he’d watched that final evening with his wife. He’d added the word fin to the painting just before he’d died. A grid of masking tape, which Davis used to develop his compositions, remains on the incomplete canvas.

By merging the immediacy of advertising, and the emblems of popular culture, with the innovative qualities of European painting, Davis offered a distinctly American perspective to universal modernism. His simple color pallets, confounding perspectives and compositional experimentation mark him as one of the greatest American modernist painters of his time.

On display through September 25.